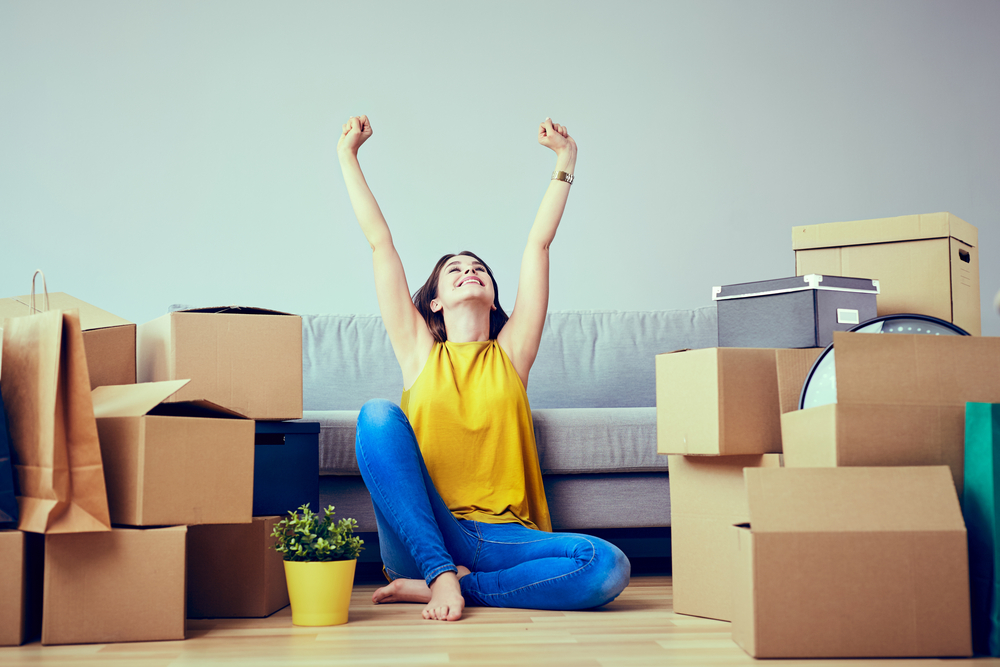 Our content manager Christina Neal talks about how lucky she feels to have bought her own property this year.

I feel very fortunate to look back on 2021 as the year I became a homeowner again. I had been renting the house I now own for almost four years, and I didn’t like being a tenant. I hated the idea that my landlady could claim her house back if she felt like it and I’d have to move out through no fault or choice of my own. It was frustrating to not be able to decorate the place the way I wanted to. But if I’m honest, the one thing that bugged me most was not being on the housing ladder.

To my mind, it makes perfect sense to own a property – not only so that you can put your stamp on your home, but also so that you have an asset – one that will rise in value and maybe even be a nest egg in future.

I sold my previous house after a long-term relationship ended and decided to rent while I sorted my head and my life out. I didn’t expect to be renting for almost four years, but for various reasons (one of them being this wretched pandemic), that’s how it panned out. I’m just not used to renting, so it was a great relief to get back onto the housing ladder in June this year.

If I had left it much longer, I fear it would have been too late. I had a decent deposit, but prices have increased so much this year that it may not have been an option to buy if I’d have waited for even another several months. Prices have quite simply kept on increasing. Even after the stamp duty holiday ended on 30 September, when there were fears among some that the market would dip, prices have continued to rise.

‘Prices are up 7.1 per cent on the year, and 6.6 million homes have risen in value by more than £30,000,’ says Grainne Gilmore from Zoopla’s Research & Insights Team.

If I hadn’t made my move, I would have had to either sell my car to afford my home or maybe wait and hope to meet a wealthy man. This is unlikely to happen at my age, so I suppose I would have stuck to doing the lottery.

People often talk about buying a home being the biggest financial decision you’re ever likely to make. This is certainly true. I’ve even written about it myself in various property articles. It’s often mentioned as though it’s a bad thing. And it’s not in my view. Granted, it’s a big step and a major financial commitment. Definitely one to think through carefully. But in some cases, owning a home can be cheaper than renting. There are still competitive mortgage loans around that could save you money on your monthly payments. So, it could make sense financially. Imagine the prospect of owning your home AND paying less for your mortgage each month than you do on your rent!

For me, it just feels good to own a property. I’ve never owned a house on my own before. I’ve had a flat, a bungalow and I’ve also co-owned a house. But never had a house just in my name. It’s a great feeling.

For anyone thinking about getting onto the property ladder, and questioning whether it’s the right choice for you, here’s some food for thought…

Being a homeowner means you’ve got an asset, and you’re building equity. Over time, more of what you pay on your mortgage each month goes to the balance you owe, rather than the interest.

If like me, you have a fixed-rate loan, your monthly payments won’t change. No landlord to put up your rent at the end of the year.

Having your own place represents stability and security. Yes, I know I need to keep up my mortgage payments every month, or my situation could change. But I love the freedom of having my own place and I don’t even mind the responsibility of household repairs. I can cope with the boiler breaking down or the shower leaking, so long as the place is mine.

To anyone thinking of buying your first place, I’d say check carefully to make sure it’s affordable, and give it plenty of thought, but don’t leave it too long to make your move.