Coastal prices rise – is a life by the sea for you?  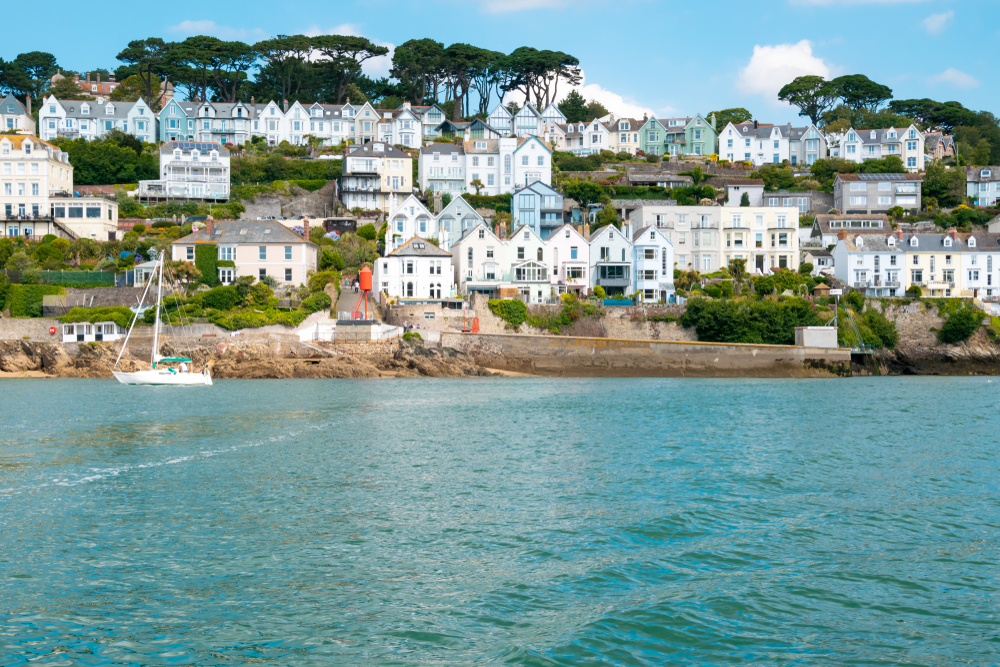 House prices in coastal areas have soared during the pandemic, with the South West of England dominating the top ten most expensive seaside resorts list.

It’s no secret that living by the coast can be expensive, but some coastal areas are far more costly than others. According to new figures published by Halifax earlier this month, Sandbanks in Dorset is Britain’s most expensive seaside resort, with average prices in the area at a considerable sum of £929,127 – an increase of ten per cent compared to 2020.

Salcombe in Devon is Britain’s second most expensive seaside location, with an average price of £912,599, followed by Padstow in Cornwall, in which the average price is £588,090.

‘Our ongoing love affair with living by the sea shows few signs of abating,’ says Russell Galley, Managing Director of Halifax. ‘Homes on the coast have long attracted a premium price, and this was no different in 2021 with the move towards working from home being an ongoing influence in where people choose to live. The average seaside home costs £287,087, up eight per cent on the previous year.’

The South West of England dominates the UK for the top ten most expensive seaside towns list. Margate in Kent saw the greatest ten-year rise, with average property prices up by 98 per cent to £282,734.

‘The seaside towns that attract the highest prices overall are dominated by locations across the South Coast, with Sandbanks in Dorset taking the title of the most expensive seaside town from last year’s winner, Salcombe in Devon,’ adds Galley. ‘Both towns have average house prices of over £900,000.’

Coastal properties at a premium price

The pandemic is thought to be partly responsible for more people choosing to move to coastal homes. It’s easy to think you could buy a cheaper property by moving further out of London or surrounding areas, but where the coast is concerned, you’d be mistaken. In fact, coastal properties tend to come at a premium.

If you are thinking of moving to the coast, you’ll need to give it some careful thought before you commit. They can be expensive places to live, and the weather can be more unpredictable than elsewhere.

Before you head for the beach…

Here’s some key things to consider if you are thinking of moving to the coast:

• Property maintenance costs could be high – if you’re located on the seafront your home could be affected by salt-laden wind spraying up from the sea.

• Tourists might annoy you – during the summer months your new location will be much busier which may be ideal if you intend to run a business there but if you move to the coast for a quiet life, it may not be what you want.

• Cost of living can be high – we’re all currently facing rising costs of living anyway but living in a seaside town can be very expensive, especially during the tourist season.

• Different roads – if you’re planning to live in a remote location, roads may be smaller and badly maintained. Navigating your way down narrow country lanes while avoiding potholes can be a part and parcel of coastal life.

• Weather can be unpredictable – while nothing beats being by the sea during a warm summer’s day, being there during storms and generally windy weather can mean you’ll need to get used to the bitter cold. And it could also lead to property damage.

• Internet issues – this is a big one for many of us because we use the Internet to run our lives these days. Check your chosen area has a strong internet signal before you move there, especially if you intend to work from home.

• You may be in for a culture shock – moving out of the city and into a new type of environment is going to take some getting used to. Are you sure it’s for you? Can you rent out your current home for six months or a year and try living in your desired area first before you commit to selling up and moving permanently?