‘Do I really need a summerhouse?’ 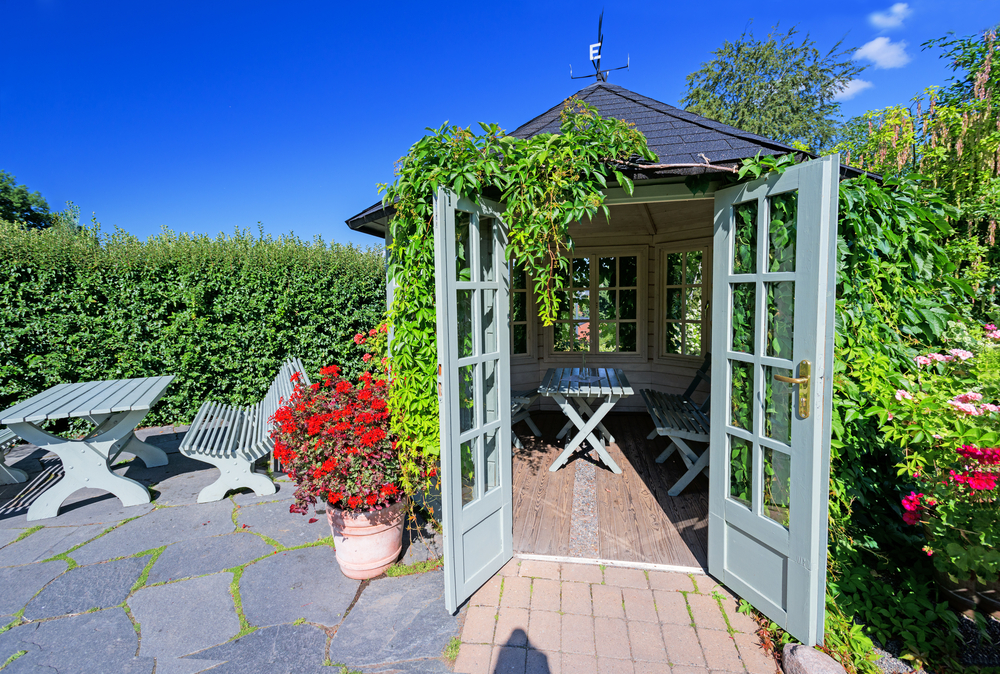 I like the sun. And frankly, we don’t get enough of it in this country, so when it does make an appearance, I like to make the most of it. Even if that means taking my laptop into the garden and squinting at my tiny screen while batting off wasps and insects. Being in the sun just makes me feel good. So I’m not entirely against the idea of having a summerhouse built in the back garden of the house I’ve just purchased.

A friend suggested it, and in theory, it sounds like a very good idea. So what would it be used for? In my mind, it’s quite simple. It just needs to have a nice comfortable area to sit and enjoy a glass of wine with friends or the man in my life. Yet the man in my life has other ideas. He doesn’t drink and isn’t mad-keen on the sun.

There’s also been a bit of a debate about the use of the summerhouse if we were to get one. Of course, it could be used for many things. It could be an office, an art room, a music studio or simply a place for relaxation. My musical man would clearly prefer to use it for creative pursuits. I just want to sit in the sun with my glass of rosé.

And then there’s the cost. When you look up ‘the cost of a summerhouse’ on Google you get a great deal of price variation as you might expect. According to the website Checkatrade, adding one to your garden can be an ‘attractive feature all year round’. I get that. But what about the price? It goes on to say that the average cost of a summer house in the UK is £8000. This estimated figure is based on average UK prices. You could clearly spend a lot more and maybe even a bit less. In fact, if you go onto Wickes’ website you can see a basic summerhouse priced from £1110. It all comes down to what you want and how much you’re able and willing to spend.

If you were aiming to build one on concrete foundations, you could easily spend around £10,000. A basic timber cabin is likely to cost considerably less. And as you can imagine, if you have a sizeable budget, you could easily blink and spend an eye-watering £25,000.

No cash to splash

I certainly don’t have that amount of money to splash around. At the same time, I wouldn’t want to build one on a shoestring budget. I’d want one that could withstand the unpredictable British weather and age gracefully. I would imagine that compromising on build quality and durability could easily backfire.

You may be wondering about planning permission. Most summerhouses don’t need it but if you’re covering over half of the garden, and not using it for domestic purposes, you will probably need it.

Will having one add value to your property? This is where you’ll find varied information online. According to estate agent Leaders, having one could add up to five per cent to the value of your home.

According to the website, The Personal Property Shop, If you build one for around £30,000, you could expect to recoup around 75 per cent of this cost in an increase in the value of your home. You might even recoup 100 per cent of your home’s value. That’s not a profit – but there’s no doubt that prospective buyers might appreciate the extra space and it could help to sell your home. If you do decide to sell your home, families might find the space useful for a home office, for those with hobbies or for an elderly relative to live in.

Yes, I like the idea of a summerhouse. But I can’t shake the feeling that I’d need to spend a small fortune to build one worth having. My house may not be my forever home. A summerhouse may not add what I spend to the value of my home if I’m not there long enough. There are no guarantees. So if I just want a place to sit and sip wine, maybe I’d be better off building my own garden bar for around £400. It’ll do the job, I’m sure. Never let it be said that my taste is expensive. Cheers!