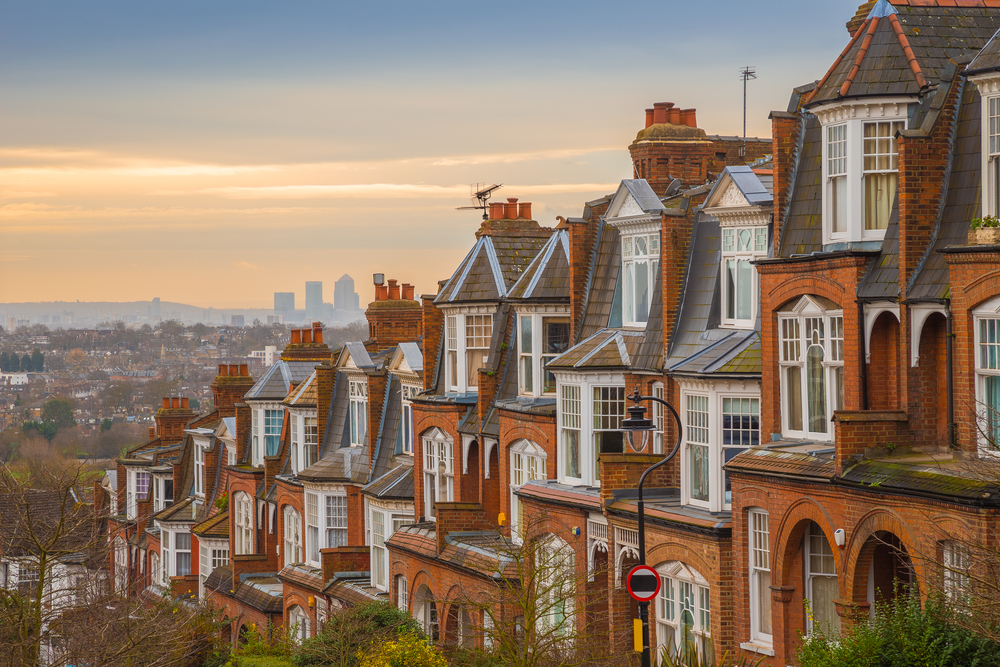 Halifax’s latest house price index unsurprisingly slows a slight dip for property prices in September, but what lies ahead in the coming months?

House prices saw a marginal decrease in September, according to Halifax in its latest house price index, published on 7 October. The lender says that prices fell by -0.1% in September, compared to 0.3+ in August. The average UK property now costs £293,835.

‘The cost of a typical home edged down a little to £293,835 from the previous month’s record high (£293,992), says Kim Kinnaird, Director at Halifax Mortgages. ‘The pace of annual growth also slowed for the third month in a row to +9.9% from +11.4%, returning to single digits for the first time since January.’

The impact of recent events

Halifax says that the events of the past few weeks have resulted in ‘greater economic uncertainty’ but adds that this is not the only reason for the change. ‘In reality, house prices have been largely flat since June, up by around £250,’ adds Kinnaird. ‘This compares to a rise of more than £10,000 during the previous quarter, suggesting the housing market may already have entered a more sustained period of slower growth.’

‘Predicting what happens next means making sense of the many variables at play,’ adds Kinnaird. ‘The housing market has consistently defied expectations in recent times.’

So are the recent stamp duty cuts likely to make a difference? Kinnaird adds: ‘While stamp duty cuts, the short supply of homes for sale and a strong labour market all support house prices, the prospect of interest rates continuing to rise sharply amid the cost-of-living squeeze, plus the impact in recent weeks of higher mortgage borrowing costs on affordability, are likely to exert more significant downward pressure on house prices in the months ahead.’

While it acknowledges that rising interest rates combined with increased living costs will no doubt be worrying for many homeowners, Halifax points out that the previous rate of house price growth has been ‘unprecedented’. Since the start of the pandemic, house prices have risen by +23% – or almost £55,000 – with detached house prices up by more than £100,000 over the same period.

As for regional house price changes, Wales is still showing the strongest growth in the UK, with annual house price inflation of +14.8%, down from +15.8% in the previous month. The average house price in Wales is now standing at £224,490.

The West Midlands has overtaken the South West to show the strongest rate of annual growth in England, with prices rising by +13.3% over the last year, down marginally from +13.5% in August. The average property price in the West Midlands is now £255,822.

London is the most expensive location

London is still showing the slowest rate of annual growth among the UK nations and regions, with house prices rising by +8.1% over the last year. A typical London property costs £553,849, making the capital the most expensive location in the country.

Following the Chancellor’s unveiling of his mini budget on 23 September and the recent increase in interest rates, property prices, in general, are likely to fall, and some vendors are choosing not to sell and stay put for the time being. In these uncertain times, some people will naturally prefer to wait and see what happens with the market in the coming months. We will keep you informed of any key changes or developments in the property market.

A story published on the BBC News website on 13 October says that the Bank of England predicts the number of people struggling to pay mortgages would rise next year.

The BBC has also reported that Prime Minister Liz Truss is under pressure to re-consider the mini budget in order to ‘restore stability’.

If you are worried about your mortgage or you would like to get some independent advice about your current situation, we’re here to help. Contact us today.