‘I’d rather be patient than do DIY’ 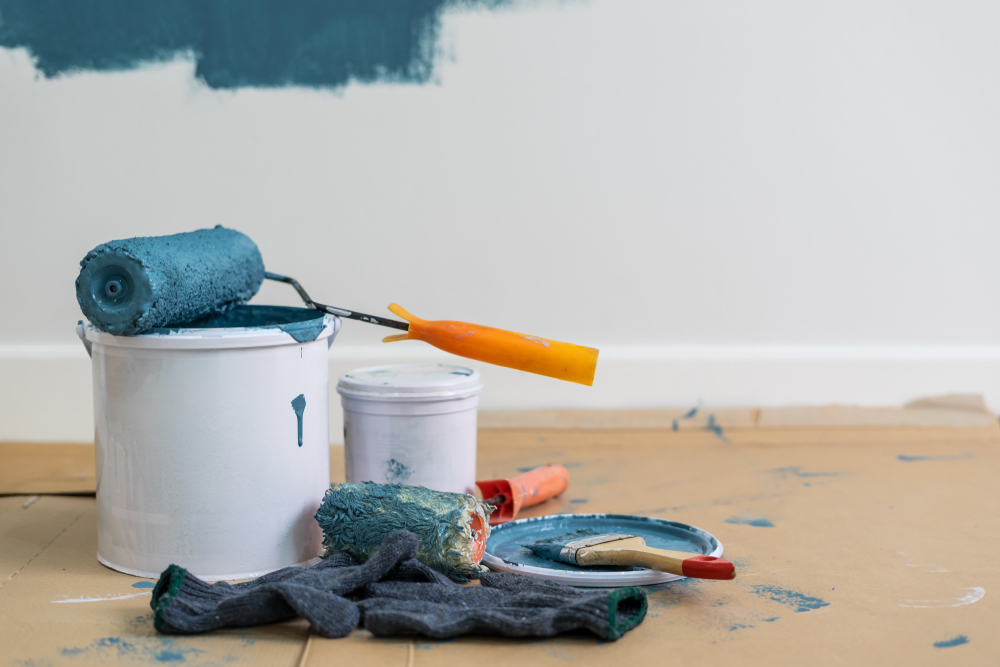 About to buy a property or in the market for some home renovations? Our content manager, Christina Neal, has noticed that tradespeople seem to be busier than ever, but would still rather wait than attempt anything herself.

A valuable nugget of info for first-time buyers to consider before you take that exciting step to buying a place: being a homeowner comes with great responsibility. You may have already figured that out for yourself, but I’d like to hammer the point home. I’m not just talking about your ability to pay the mortgage (though of course, that’s extremely important).

While nothing beats owning your own place and being able to do what you want, there’s two key things to consider when you’re a homeowner – maintenance and decoration (the former is not so much of an issue if you’re in a flat). Sadly, if you’re in a house, neither of these can be avoided altogether. And if you’re not prepared to tackle these tasks yourself, be prepared to find and pay someone who is.

I jumped back onto the property ladder in the summer. I love having my own house after renting for four years, but I’ve also finally realised after many years there are certain tasks you have to be responsible for. When I was a younger homeowner, I used to rely on my dear dad’s DIY abilities. Nowadays, I’d much rather ‘get someone in’ than do it myself. Mainly because I have no idea what I’m doing and if I’m honest, I’m not inclined to learn either. I’d prefer to stick to the things I’m good at, rather than make a mess of the things I’m not.

That said, it’s not the decorating that’s been too much of an issue. The main challenge I’ve been having lately is finding someone to fix things when they go wrong.

Maybe it’s been partly due to the pandemic, or perhaps it’s always been an issue, but so many tradespeople I talk to tell me they’re too busy to take on any extra work. It took our plumber two weeks to come back and finish fixing a leaky shower. We had to wait a week for someone to come and fix a noisy toilet (nobody likes one of those, do they?). Other plumbers we’d previously contacted didn’t turn up, and one even tried to tell us how to fix it ourselves, rather than actually take on the work.

It seems that tradespeople are being offered more work than they can handle. An article on a Norfolk-based website, Dereham Times, recently said that tradespeople in their area are ‘busier than ever’ amid a ‘growing trend for home improvements and renovations’. Builders, electricians, and those in similar trades have seen the volume of enquiries soar, according to the website.

On a national level, the story seems to be very similar and dates back to last year. A survey by website Vanarama and Rated People found that plumbers and electricians were the busiest tradespeople last year.

The same survey said that 64 per cent of those questioned needed help from a tradesperson in 2020, with 52 per cent saying that spending more time at home during lockdowns had made them notice issues that needed fixing. Tradespeople most in demand were plumbers, electricians, builders, gardeners, decorators, and joiners.

Writing on the website Reddit, one disgruntled consumer said it well: ‘I’m at the point now that if I arrange for someone to come and give a quote, I’m actually pleasantly surprised if they turn up.’

I know what they mean. I would honestly rather someone turn me down than build up my hopes and lead me on.

One of my friends is a builder. He tells me he’s ‘flat out’. He’s still catching up after the first lockdown. He’s been smart enough to turn work away rather than say he’ll be there and let people down. He’s working every day of the week and is stretched to full capacity.

Fortunately, most of the jobs that need doing around my house can wait. The majority of them are cosmetic. Don’t get me wrong… I’d like to get the dining room walls painted and re-papered after some damp work was remedied, but it will have to wait. The decorator is ‘flat out’ for the next two weeks at least. So, it’ll be January before I can expect to have freshly painted walls.

When it comes to decorating, I’m a patient person. I have to be. The alternative would be to do it myself. I tried that many years ago. I once tried painting the walls in my flat. Within minutes, the paint was sliding down the walls. There was me thinking I’d get away with just one coat of paint if I used more of it. Yes, that was actually my warped logic. Lesson learned. As I said earlier, stick to what you’re good at. It may just save you a load of hassle in the long run. Even if you do have to wait.