‘Nothing was too much trouble’  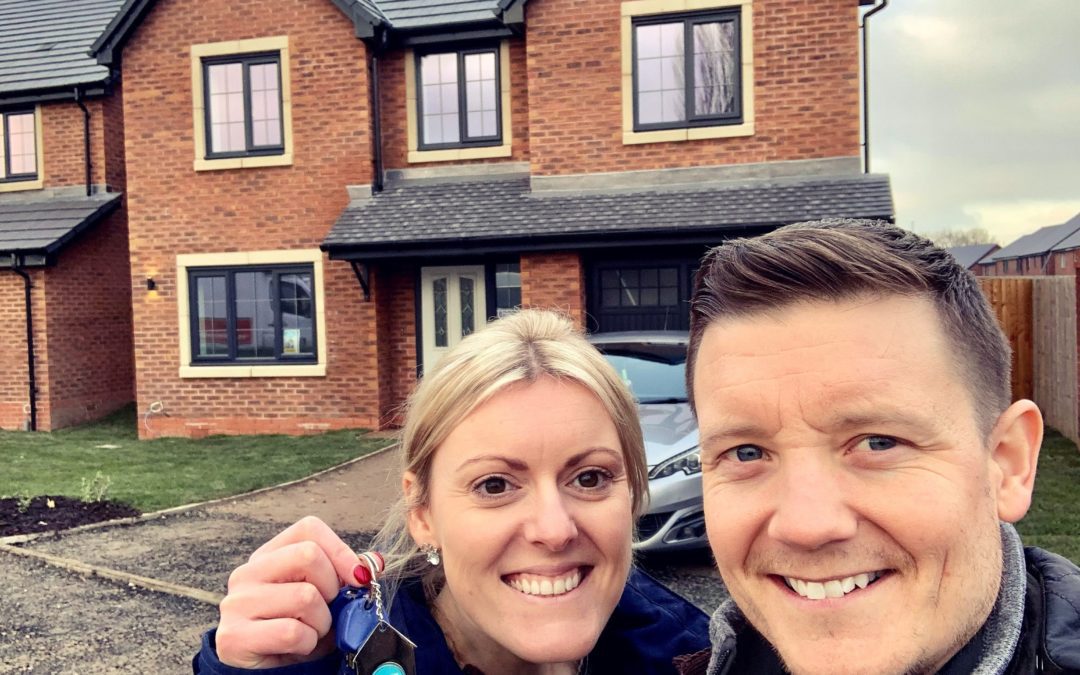 Emma Yemm and her partner Matt bought their first property – a new build home – together last year. They were relieved to have the support of MB Associates during the purchase which was delayed due to the builder falling behind schedule…

Emma is a 33-year-old marketing executive, and her partner Matt is a town planner. The pair each had their own properties but decided to sell them and buy their first home together in Congleton, Cheshire.

They initially made an offer on a house that needed some work, but after six months, they realised the vendor wasn’t serious about selling. So instead, they put an offer in on a four-bedroom detached new-build property, which was accepted. However, the purchase took a long time to go through due to delays with the building of the property, but the support they received from our team: notably Phil Leivesley, our Sales Manager, and Peggy Falconer, our case manager, was invaluable during this difficult time.

How did you find the process of getting a mortgage?

It was all great, really straightforward, but as our house was a new build there were lots of complicated issues. For instance, our mortgage offer was going to run out before we had completed even though we had exchanged. This meant we had to extend one mortgage offer and then had to apply for a new one due to further delays. There were unusual circumstances we didn’t know how to navigate so it was great to have Phil and Peggy there so that we could turn to them and say: ‘What do we do now?’

Was the delay caused by your purchase being a new build?

Yes, and our solicitor asked all sorts of questions. She also pointed out that the mortgage offer was going to expire as the house wasn’t due to be built by a certain date. Fortunately, Phil already had things in hand and assured us we would be fine for our mortgage offer. He told us not to panic.

How long did it take the purchase to go through?

We reserved the house back in February 2021 and moved in December. The delays were because we were waiting for the builders to finish building it. Because we had sold our own properties, we had a month where we moved in with Matt’s mum and stepdad and then we went into a rental home for seven or eight months.

Having a mortgage broker who can chase things up must have made a big difference.

Absolutely and it was having somebody who knew the right questions to ask. If you’re not sure, you wonder what to do but having someone there just made everything so much easier.

We had an added complication that Matt changed jobs just before we applied for the second mortgage. Matt wasn’t sure whether it was a good idea to make the move while applying for a mortgage. He asked Phil for advice, and Phil spoke with a few lenders to make sure he had all the documents he needed (a new contract) to make sure the application went through without a hitch.

How helpful was it to have someone keeping you up to date?

Peggy was amazing, she’s been brilliant. She just made everything much easier and when we were thinking: ‘What’s going on with that?’ all we had to do was pick up the phone to Peggy and she would sort things out straight away. She was fab.

How would you rate the quality of our service?

Ten out of ten. It’s just been brilliant. I can’t fault it. It’s been really straightforward. Nothing was too much trouble. Given that we were quite fraught with circumstances, everything from MB Associates has just been: ‘That’s fine, we’ll get that sorted for you’. There’s never been: ‘Sorry we can’t do that’, everything has been very easy.

What would you say have been the key benefits of using a mortgage broker rather than going direct to a lender?

I think it is their expertise and having somebody there who knows how to put applications together. It can be a bit of a minefield some of the things that lenders can ask, along with getting all the documents together. Given the fact that we are both very busy at work, if we had done it ourselves, I just don’t know when we would have found the time to sit down and figure it all out. From that perspective, it was just great to say to a broker: ‘What do you need? We’ll give it to you’ and then forget about it to a certain extent!

It’s also the reassurance of knowing you’ve got the best product. If you were doing it yourself, you’d have to go round and check them all and make sure it’s OK whereas having somebody who knows what they are dealing with saying: ‘OK, this is what I think is the best product’ just takes that headache away.