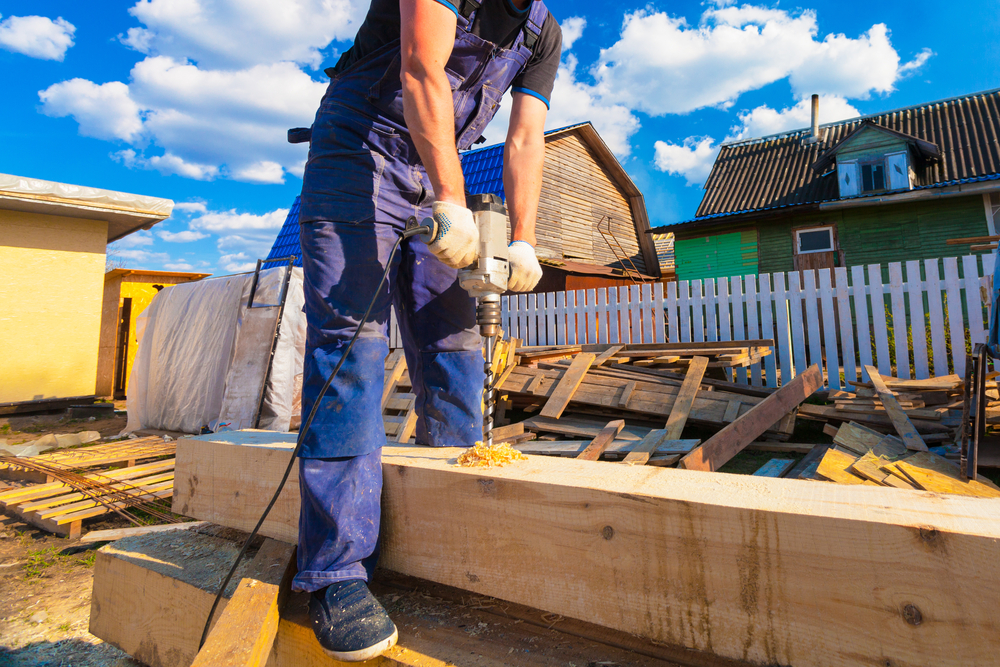 Arguments among neighbours over noisy extensions have risen recently. With more of us working from home, getting on with our neighbours is crucial says Christina Neal.

How do you get along with your neighbours? If you get on well, you’re in a fortunate position. I ask the question as I’ve been reading reports of homeowners arguing with their neighbours and being at odds over the increasing number of property renovations.

According to an article published in The Telegraph, arguments over extensions, party walls and boundaries have risen. Property consultancy Scanlans has recorded a 30 per cent spike in property disputes since the start of the pandemic.

I’m not surprised. More people work from home now and more people are choosing to extend their properties to make them suitable for their needs.

Noise from your neighbours (even if they aren’t noisy neighbours as such), can be a challenge when you work from home. With more of us doing it, tempers are more likely to get frayed.

I’ve been working from home since 2015 and it can be a challenge when your neighbours decide to extend their property or even turn on a noisy lawnmower in the summer. My previous home was a detached house in Cheam, but even without being joined to our neighbours, it could be noisy sometimes. Our next-door neighbours decided to build a massive extension and we had to contend with drilling and banging all day for six months. Sometimes, we’d even be woken by a drill early on a Saturday.

When the noise became too much, I’d head to the gym with my laptop to work in the café where, despite being surrounded by chatty mums talking about kids and weight loss, I felt more able to concentrate on my work.

Now I live in an end of terraced property, and we have new neighbours. Fortunately, they’re on the side not joined to us. Our “joined” neighbour is a lovely lady who lives alone with her two cats. Occasionally, we hear the faint hum of her hoover, but that’s about as loud as it gets.

On the other side, things have been a bit unpredictable. When we first moved to our home in 2017, there were loud renters next door. Four men and one woman. They partied a lot at strange times. A garden party would occur on a Monday morning until lunchtime when it would abruptly stop.

We would frequently hear loud squabbling. The woman shouted at the men. I mean, really shouted. If I’m honest, I was a bit afraid of her.

They moved out, and a polite young couple moved in. They had a few garden parties. Nothing outrageous but their landlord hadn’t fixed some broken fence panels that blew down in a storm. This meant every time I went to sit in our garden and enjoy a quiet glass of wine, I could be seen by the neighbours and their drinking buddies. It wasn’t exactly a private environment.

A while later, two lovely young men with two cats moved in. They were polite and friendly. They didn’t make any noise. They even installed a fishpond. Then they promptly moved out.

Now I’m a bit nervous about the new neighbours as we’ve not seen or met them yet. Will they be considerate? Will they be hosting endless garden parties in the summer? They are currently renovating their place, so there’s a fair amount of banging and drilling. I can appreciate the need to decorate a new home… I just hope they’re not party monsters.

With the current and presumably long-term remote working situation for many people, having a good relationship with your neighbours is going to be more important than ever. Otherwise, as one solicitor recently said in the aforementioned Telegraph article, little niggles can become a big issue.

For instance, the solicitor went on to say that two neighbours fell out over one playing the piano during the day. When working in an office, the disgruntled neighbour didn’t even know it was happening.

In my view, we’ll all need to be more tolerant. Having a good relationship with your neighbour, so that you can politely let them know you can hear their noise, or at least ask how much longer they plan to drill, bang, or hoover, could be the key to staying sane during the current home-working boom.