‘You have to think about the future’  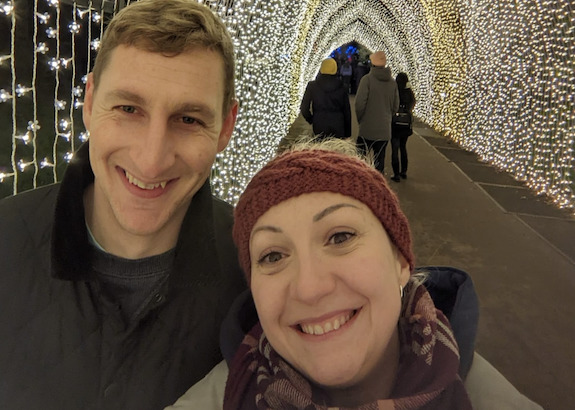 Tom Boud is a 36-year-old mechanic who lives in Tadworth, Surrey. He was extremely glad he had taken out critical illness cover after being diagnosed with cancer last year.

When Tom and his partner Kate took out a mortgage through MB Associates, he was initially reluctant to have financial protection. Young, fit, and healthy, he was convinced he wouldn’t need it. Fortunately, he had a change of heart and it paid off when he became ill…

Why didn’t you want to have protection at first?

I was adamant that I didn’t want it because I put so much money into the house deposit and then protection was mentioned, and I thought: ‘That’s more money’. I wasn’t seeing the bigger picture. Until last year, I had never been ill and never even been to the doctors except for a medical for my HGV licence. It was actually my partner who was keener than me!

When did you first notice something was wrong with your health?

Late October or early November last year. I’d had an aching feeling down below for about four weeks. I was diagnosed with testicular cancer. I was and still am scared of needles. I’d never even had a blood test and when I was getting diagnosed, I’d had three before the week was out. I felt like I got pushed into a big dark hole. Luckily, with the help of good friends and my partner, we moved forwards.

What was your attitude to the diagnosis and how did you cope with it?

My dad died of cancer, my grandad died of cancer, my sister has had breast cancer and I think my nan died of it too. My dad died of it at the age of 37 and somehow, I’d made my peace with thinking I probably wasn’t going to last to the age he got to. Then I got to 36 and was diagnosed. I was almost braced for having it at some point. Even when I got taken into A&E – because I couldn’t see my doctor – I knew I shouldn’t listen to my inner mind, but I sat there thinking: ‘I know what it is’. I was prepared for it, but that doesn’t make it any easier. Knowing that money was less of an issue thanks to the policy payout took a huge weight off my mind.

Are you back to full health now?

That is the hope yes. There’s lots of blood tests and scans and that’s my life for at least the next five years, but I can deal with that and so can my partner, who has attended all of my appointments!

What happened with your protection claim when you contacted the insurer?

Royal London was absolutely bang on. I didn’t even think about having this insurance policy until a few days after diagnosis and when I did, I didn’t want to say what was wrong with me as somehow that makes it real. If you don’t say it, it isn’t happening. But I told the guy from the insurer on the phone, and he was spot on. He said to me: ‘We’ll get this sorted, leave it with us’, and I didn’t think anything would come of it. I called them thinking: ‘If you get anything you are lucky’.

They were really good and really receptive to the fact that no one wants to sit there and talk about being ill. I told them what happened, and the next time I heard from them I found out that a doctor that I’ve never met messed things up and told them I’m a smoker, even though I’m not. But the insurer was really good. I said: ‘I don’t know how I can prove I’m not a smoker, I’m happy to take any tests’, and he said: ‘Don’t worry, leave it with me’. Then I got an email saying the insurer was depositing a lump sum into my account and the policy had been cancelled. I did not expect that, and it was lovely.

Did you have to take time off work due to your illness?

Physically I could have worked before the operation, but mentally I couldn’t. As a mechanic, there’s a lot of looking into things and working out why something is happening, and my brain was not in it. I was also not up to dealing with people at that point. I was off work all of November and December last year and started back again in January. I am still not back to full capacity out of choice as I’ve said no to so many people who weren’t bringing any good to me. I’m thinking about myself a bit more these days.

It sounds like being ill has changed your perspective a bit.

When I was in the hospital, people were trying to make conversation with me and they were saying: ‘Do you have any hobbies?’ and I was sat there thinking: ‘I actually haven’t, I just go to work, that’s all I do’, so it prompted me especially after this payout and I bought a small boat and a holiday for us both.

What would you say to anyone who thinks they don’t need financial protection?

The trouble with being a man is that you’ve got this attitude of: ‘I’m big and strong, nothing can hurt me’, and even when I got diagnosed, even though I’d had some discomfort, the rest of me was fine. I could have gone to the gym that morning – it crept up on me. So, I’d say think about the future, and also, think about other people. I had my partner to think about. I felt helpless when I couldn’t go to work. This money would in fact clear half my mortgage if that’s what I wanted to do and make it a lot cheaper.