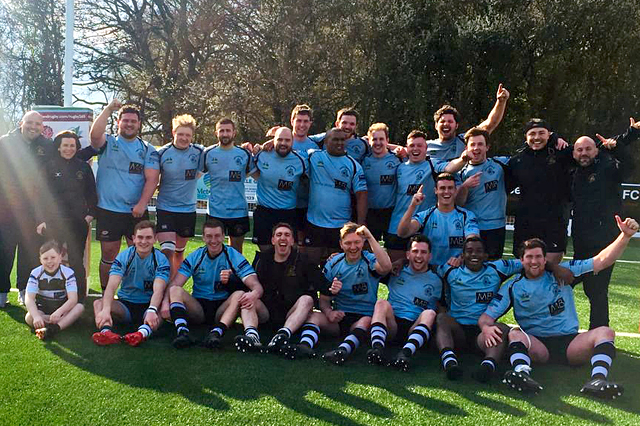 Following on from a tremendous campaign by S&ERFC last season, which saw not only the ‘Black and Whites’ finish as League Champions with promotion to National League 2, but also the Ladies 1st XV promoted for the second year in a row, MB Associates are delighted to continue for a third year as headline sponsors for the 2019/20 season.

Our Founder, Monica Bradley, comments, “As a business based in Cheam Village which has traded in Surrey for nearly twenty-five years, we share many of S&ERFC’s values. Therefore, it’s a great pleasure to be involved again this year, both from a sponsorship perspective but also with members of our staff yet again playing for some of the senior teams.”

Monica continues, “With the teams taking to the road again for the 2019/20 season, we look forward to seeing both familiar faces and making new friends at new grounds around the UK.  Back at Rugby Lane, our ongoing partnership with the club is a constant source of pride, both for myself and my team.  To be a part of something that is such a cornerstone of the local community and is so inclusive, on so many different levels, is indeed a real privilege.”

S&ERFC President, Robert Knight, adds, “It’s wonderful news that MB Associates are continuing their partnership with us as headline sponsors. Building on an outstanding series of results last year, the club is gearing up for what’s likely to be one of the most exiting seasons in recent times.  We’re delighted to have Monica and her colleagues with us for a third year running and thank them all for the support they show us.”

The 1st XV start the new season away at Henley Hawks on 7th September, so watch out for news throughout the season on S&ERFC’s progress, as well as regular updates on how our guys are performing!

You can find out more about S&ERFC on their website: www.suttonrugby.co.uk