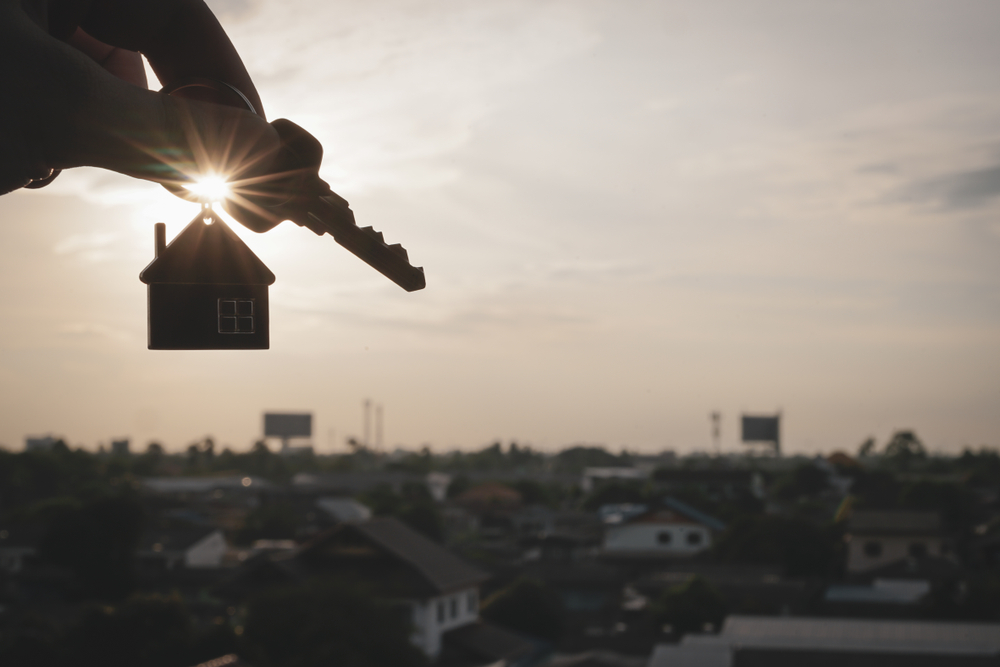 House prices continue to rise. House sales in March hit a record high and there is a shortage of homes for sale.

If you’re looking to move, you may be struggling to find your dream home as competition for properties is high. In February, UK house prices saw the highest growth recorded in more than six years.

The number of UK houses sold in March hit a record high, with data from HMRC showing that over 190,000 sales went through. This was almost twice as many as a year ago. House prices have climbed by 8.6 per cent in the last year. The average house price in the UK is now £250,341.

The North West of England has seen the biggest increase, with prices rising in the region by 11.9 per cent since February 2020. House prices have risen by 8.5 per cent in the South East, 8.3 per cent in the Midlands and 10.9 per cent in Yorkshire and the Humber.

London has seen the smallest annual increase of 4.6 per cent, most likely due to people deciding to move further out to more remote locations. For many, this is now an option due to having the flexibility to work from home. According to accountancy firm PwC, the capital’s population looks set to fall for the first time in over 30 years.

Research from estate agent Hamptons International published in January showed that more younger people are leaving the capital. The average age of Londoners buying a property outside of the capital has gone down from 47 to 39.

Popular locations for those looking to leave the capital include Sevenoaks, Windsor & Maidenhead, Oxford and Rushmoor in Hampshire.

A spokesperson for estate agent Fine & Country described the property market as remaining in a ‘parallel universe at odds with the wider reality everyone has been living’.

Until now, first-time buyers have had to find higher deposits – Halifax recently said that the average first home deposit has increased by £11,000. However, the new 95 Per Cent Mortgage Guarantee Scheme, launched on 19 April, may help buyers with smaller deposits get onto the property ladder.

The healthy housing market is partly due to the stamp duty holiday extension, as buyers scramble to complete on purchases before the holiday ends on 30 June. It’s also down to intense demand after many people re-evaluated their property needs during lockdowns. And it’s currently still cheap to borrow, with low rates on mortgage loans making moving house an attractive proposition for many people.

The future of the property market

Buyers are currently competing for properties in desirable areas and offers are being received more quickly. Rightmove found that the average time to agree on a sale in March was 51 days compared to 61 days a year ago. Estate agent Savills believes house prices will rise by four per cent in the remainder of this year.

If you are trying to find your dream home and not having any luck, we anticipate that there may be more choice later in the year, when the stamp duty holiday ends. ‘I hope, and expect, that once artificial support provided by the Treasury is removed we’ll see a more normal market again, with a greater selection of properties available to buy,’ says MB Associates’ Sales Manager Phil Leivesley.

Keep looking and don’t lose hope. The more you search for a property, the better informed you will be on whether you’re getting value for money when you do find your ideal place.